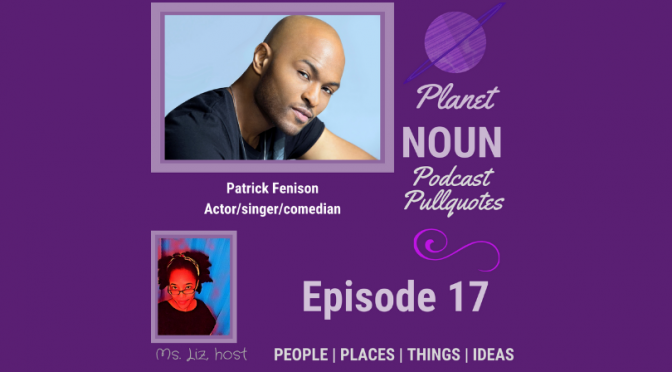 WARNING: This episode contains cussing. And it’s not all bleeped out. So govern yourselves accordingly with earbuds and such.

The Glow Up. Been hearing a lot about that lately. First of all—what the F is that? Well, intuitively, I know what it is…but I had to consult a reputable source…

So…the Urban Dictionary tells me the Glow Up is when you go from wack-looking to gorgeous… another definition is to rise to the top from the bottom of whatever aspirational ladder a person is climbing. The Free Dictionary’s idioms section says something similar—Basically, it’s a fantastic transformation—that’s very real.

Who doesn’t want the Glow Up? I mean, who isn’t fascinated by someone’s rise from out of nowhere?

Thing is—I’ve learned—it’s hardly EVER from nowhere. The folks you love and adore today—famous folks or maybe other folks—have likely been working their tails off for YEARS in order to get the results that are now visible to lots of people.

A lot of more time-established shows and podcasts interview folks AFTER their glow has started, and there’s everything RIGHT with that.

Well, today’s guest took time off of his grind to talk to me.

His name is Patrick Fenison. He’s one of many people committed to meeting their aspirations.

We start our conversation with the time Pat started recognizing his glimmer—when he KNEW he was born to be a performer.

3:45—When Pat knew performing was for him
5:42—Pat ain’t got no sense! His path to becoming a comedian
8:10—I’m going for it!
14:09—Creating a fanbase, then a move upsets hometown momentum
23:43—Everyone’s not going to believe in you; the importance of guarding curating your energy spaces with like-minded people
34:13—A story behind his video “Drop It”
46:30—Where to find Pat on social media