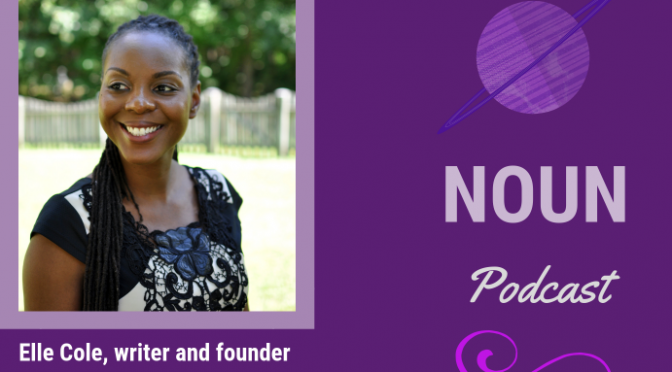 (The DMV)–September is Sickle Cell Awareness Month, and our guest for Episode 11 has a compelling story about how she learned of this disease.

Elle Cole is a writer and founder of Cleverly Changing, a lifestyle blog that focuses on “Empowering the Total Person.”

Elle and her husband have two daughters—twins. One of them has sickle cell disease, so the ups and downs of this genetic disorder are well known to Elle and her family.

As an advocate, Elle hones in on sharing educational information the disease, the trait, how it’s inherited, and about symptoms and treatments. Her blog contains a trove of information about sickle cell that can be accessed 24/7, 365.

In addition to spreading information about the disease, this awareness month can also be a way for folks to “see” each other.

There could be someone familiar to you who has been suffering in plain sight, in silence. Maybe someone you know has a relative, friend, neighbor or someone else in their orbit who battles this disease.

Maybe more people with the disease will meet at conferences, social or fundraising events and end up extending a current support network.

And if you don’t have the disease, maybe you can help be a support, listening ear, or advocate by connecting with already-established organizations to find how you can help their cause.

There may not be any serious health ramifications for trait-carrying folks. However, it would behoove them to learn all they can about it and how there’s a higher chance of adverse effects during or after strenuous workouts.  That doesn’t mean throw physical exercise out the window.  Not even. It just means recognizing  some possible symptoms can crop up—that could be a result  of carrying the trait.

I can only speak for myself but, the past few weeks have been the start of increased awareness about this disorder which, I am certain, is one goal of Sickle Cell Awareness Month.

The Air Force produced a video specifically for recruits who have sickle cell trait.  According to this video, folks with the trait are allowed to serve, but the awareness video gives them tips on staying safe during and after workouts. I also learned they have to wear a special arm band during their training so their superiors are aware and can be on heightened lookout for symptoms of exertion.

Elle also passed along or told me about most of the following individuals and organizations. This information here is about a podcaster who focuses on awareness for those with sickle cell trait. His name—Farron Dozier of  “What’s the Count” (WDC):

On the Cleverly Changing blog, this video has more awareness information about the trait.

For those in the Baltimore, Md. area, The Ruby Ball is an annual sickle cell awareness and fundraising gala. It’s scheduled for Oct. 13.

During Episode 11, Elle mentioned a fitness challenge for moms, the Cleverly Fit Moms challenge.  She released the daily fitness goal on her website and social media.  If you need some workout encouragement, you can start the challenge at your convenience.

Because about 1 in 13 African Americans carries the sickle cell trait, there is an initiative to bolster awareness about the trait and disease at HBCUs or Historically Black Colleges and Universities.  Learn more about the Sickle Cell HBCU College Tour, including how to request a visit to your school.