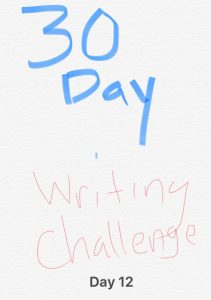 Life lessons can be extracted from the most mundane everyday occurrences.   Even a roller skating rink that smells like a bundle of hot, sweaty, funky feet.

A college friend invited me to a skating fundraiser one Saturday night.  Her text-vite was right on time.

I was quite excited to get back out on the rink, but when I saw people dropping like flies and resurrecting from the floor—coupled with the clack-clack-clack-splat of stumbling stakes and skin meeting the shiny wooden floor, along with the occasional thud of an @$$-crash, I purposed in my heart I would re-learn the way I learned to skate backwards  while in college:  Head first, then heart.  Visualize it, then do it.

In the meantime, while I glided to the middle of the rink, I noticed an older man helping a young girl—likely his daughter—stumble her way toward balance.  Their hands stayed lightly connected throughout the night.  Close enough for comfort, yet light enough for independence to take root.

There was also a little boy with a light-weight grey and white striped long-sleeved hoodie.  That boy clicked-and-splat his way around the rink.

Then there was my friend, and another college acquaintance who had recently moved back to the States.  We all were individually trying to awaken the muscle memory that brought us so much fun and relaxation during our college years.

“Hey, do you remember how to do that move?”

“You know, that one  like this?” (*Insert noisy, slippery attempt at fancy footwork.*)

“I know, right?  I still am trying to remember how to skate backwards.”

At one point a group of about 10 old people (most  in their 30s or older) kept stumbling around, trying to remember their former fancy footwork from more limber years.

But if we don’t get back out there, we will never relearn what brought us so much joy in the first place. Click To Tweet

All while the little striped-shirt boy, kept clanking around the rink, but falling less and less.  His brows were stuck on furrowed, and at first,  I thought he was an angry little child.  But after a while, watching him clack-and-fall the entire night—My mind changed.  I was wrong.  That was likely his look of determination.  Determination to stay on his feet.  Determination to improve every clack of the way.

Life is not a practice around, and if we don’t know how to execute life’s moves, we must figure it out along the way, clacking and falling, sometimes rolling and flailing and stomping with furrowed brows as we develop and grow along our chosen paths.

I also learned that the further along we get on a path, a slip and fall might be more risky.  We may have more to lose, especially if we grow less limber and less open to change even along once-familiar paths.   But if we don’t get back out there, we will never relearn what brought us so much joy in the first place.  It’s important to get out on life’s rink, persist, and go ‘till we get it right.