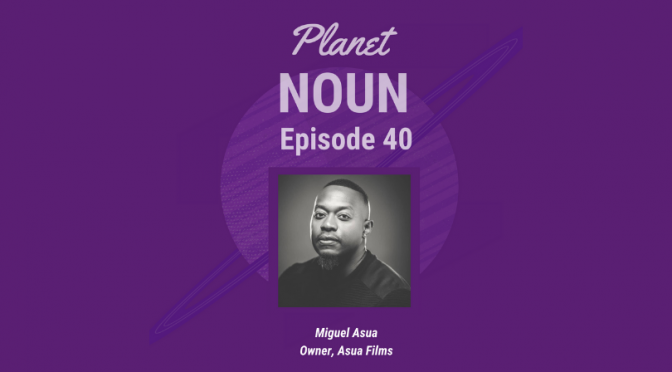 Episode 40 features Miguel Asua, someone I met right before ‘Rona became a national emergency…but we’re part of the same team at work—at a new job I started just as the pandemic was starting to rage in the United States.

This guy wears a lot of hats: Writer…music artist…to video producer…. But let me stop typing so you can meet him yourself!

We talk inspiration, motivation, and his sense of self awareness that enables him to speak oh-so confidently about his strengths–yet with vulnerability about his fears and up front about his weaknesses..

You don’t want to miss this chat–on Planet Noun:

That was Miguel Asua of Asua Films and the brand new podcast Behind the Credits with Asua!

Oh…As the late Nate Dogg once sang “Hold up! Waaaa-aiiiit!” HOW could I forget—a clip of that hilarious interaction with Gayle King that we talked about in the show!