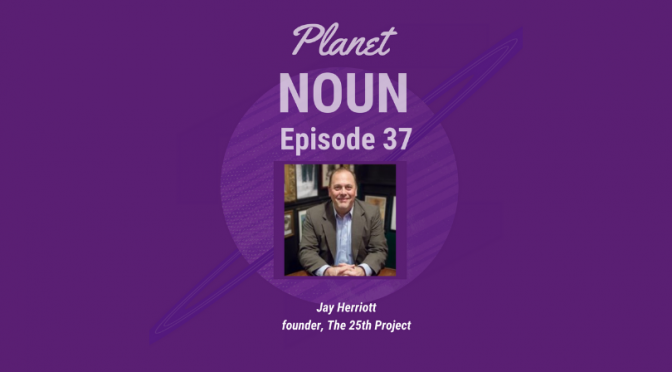 How 1 thing, 1 day, 1 time is still a monthly matter–but with masks and social distance. The 25th Project masks up, tweaks protocols and keeps the service moving.

Welcome to another installment in Planet Noun’s COVID catch-up series—chats with past podcast guests to find out how they’ve been faring during this rough year.

This time, I’m catching up with Jay Herriott from The 25th Project—an organization that started by helping the homeless at least once a month—on the 25th. The inspiration stems from the last time Thanksgiving’s roving date matched up with the static date of Christmas…the year both were on the the 25th of their respective months.

Jay says the organization and its volunteers are still fulfilling their mission—but to keep everyone involved safe from volunteers to the homeless people they help, they’ve made tweaks recommended by health experts. Other than that—they’re keeping things moving.

Here’s where to learn more about Jay Herriott and The 25th Project—on their website. You can also listen to Jay’s Planet Noun interview from last year, learn more about the initiatives they’re undertaking throughout the year—from the Thanksgiving and Christmas meals, their ongoing propane drive during the winter months as well as their yearly Soup and Socks drive.  If you feel so inclined, drop them a donation. 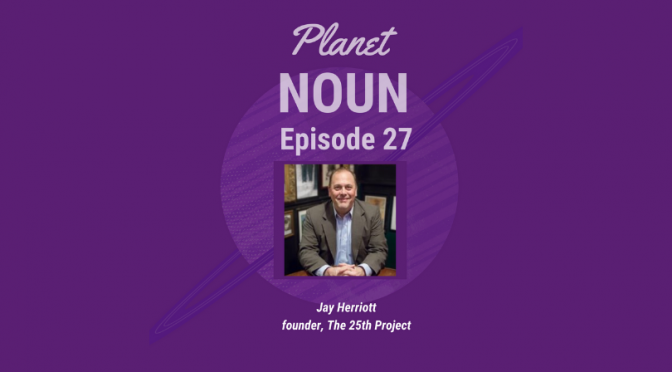 As always, this episode of Planet Noun is about the People, Places, Things and Ideas that teach us, prompt us to make a difference and do more with what life presents.

Today’s guest is Jay Herriott of The 25th Project, an organization dedicated to helping the homeless on the 25th of each month—and beyond.

We met through my job, a former co-worker recommended him to me as a source for story ideas. I’ve interviewed him for work stories a couple of times, and wanted to talk a bit more with him, so I called him up for Planet Noun.

But HOW did his organization get started?

That’s pretty simple. It started with one meal from one restaurant—and a bit of sharing and an idea that blossomed from there.

Thanks again for listening to Planet Noun!

During today’s episode, Jay mentions some statistics on homelessness in California. Click here  to find more information about those numbers, or here.

Jay mentioned a news story about New York moving their homeless population to other locations. He didn’t specifically mention this article, but here’s one of several that are about this topic–one from CNN, and the other from a local ABC affiliate station.