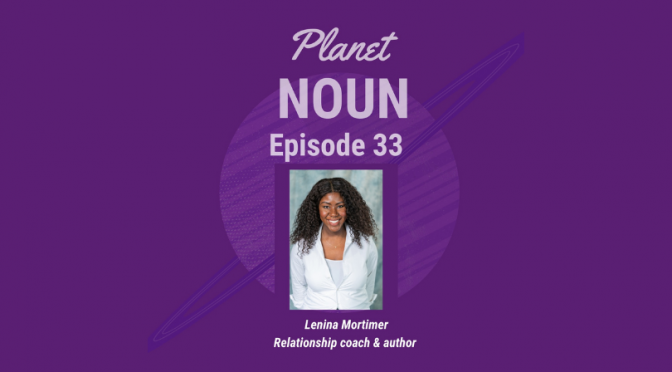 Hey folks!
?
So it’s been about a year since the first episode dropped with Lenina Mortimer. At that time we were talking about her new book.?
?
Well, one year later, it’s time to catch up. A round of guest catch-ups is something I was thinking of for some of the folks I interviewed a couple of years ago, but 2020 is so janky, one year ago feels like five! ?
?
Find out what’s been going on in Lenina’s world, her work, and lessons she’s learned from the pandemic and this period of social unrest and racial tension—on this episode of Planet Noun!?

Quick warning: This episode contains a couple of cuss words. Personally, I don’t care. This advisory is just in case you have little ones around who like to repeat things. ?

Welcome to Planet Noun, and enjoy!

Lenina’s also on social media. You can learn more about her and her coaching services.
Facebook
Instagram

You can also check out her first episode on Planet Noun: