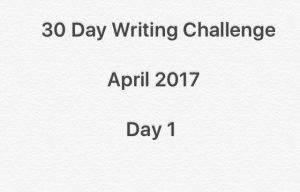 There’s a reason some folks list parents among the most inspiring figures in their lives. I’m no different. My mother and father are two of the people who continually animate me in my quest to keep pursuing my goals. Whether I gather that inspiration when I speak with them or by simply reflecting on their sacrifices for their children, they consistently top that list of personal influencers who keep me trying my best. When I grow weary, their example and kind words remind me to rest awhile, regroup and get up and back to chipping away at making those goals reality.

She, as the oldest of 11 children, was the first to leave home to build a life for herself. Fresh from high school, she traveled west from California’s Imperial Valley to “the big city,” San Diego. Those years were filled with school, work, socializing and dates. She saved up and bought her first car there and ended up teaching a cool Deep South fellow, the sweetheart she met there, how to drive. Mr. Deep South Navy man eventually became her husband… and my dad. My dad would occasionally regale us with tales about olden day driving lessons, and how my mom could stretch her money as a young single woman. She was no crybaby, though. Mom was persistent and she really could (and still can) make a dollar out of 15 cents.

Mom’s inspiration is especially palpable now. With a recent cancer diagnosis, the strength she’s showed in this post-operative period has cemented her place as one of the greatest people I know. She’s a woman with a faith which, from what I can tell, has not wavered during this challenging period. Not only has she not drop kicked her God belief during the ordeal, she also shows a resolve to regain her former strength and ease back into her daily routines with the help of my siblings and my Dad.

Speaking of Daddy, his brand of inspiration got on my nerves when I was a kid. I didn’t realize his influence was taking hold way back then. See, he would leave work every weekday, some days a bit before dawn when he used the city bus to hop across town to work. He got on my nerves because if we were supposed to do chores before he got home he would always arrive too soon. Wasn’t really too soon. We were just too busy lollygagging instead of working on our tasks.

But his consistency and example during my childhood helped impress in me the importance of routine: To work, back home. To church, back home. To the grocery store to get something Mom forgot and needed for holiday meals, back home. Of course we broke the routine every now and again, but that early example left an enduring mark in my mind.

There are many more personal influencers in my life from a longtime friend from church who is battling Multiple Sclerosis, to elementary, high school and college pals who are living their dreams, and to my dear fiancé—they all inspire me to keep plugging away at my goals and developing into the best version of myself.