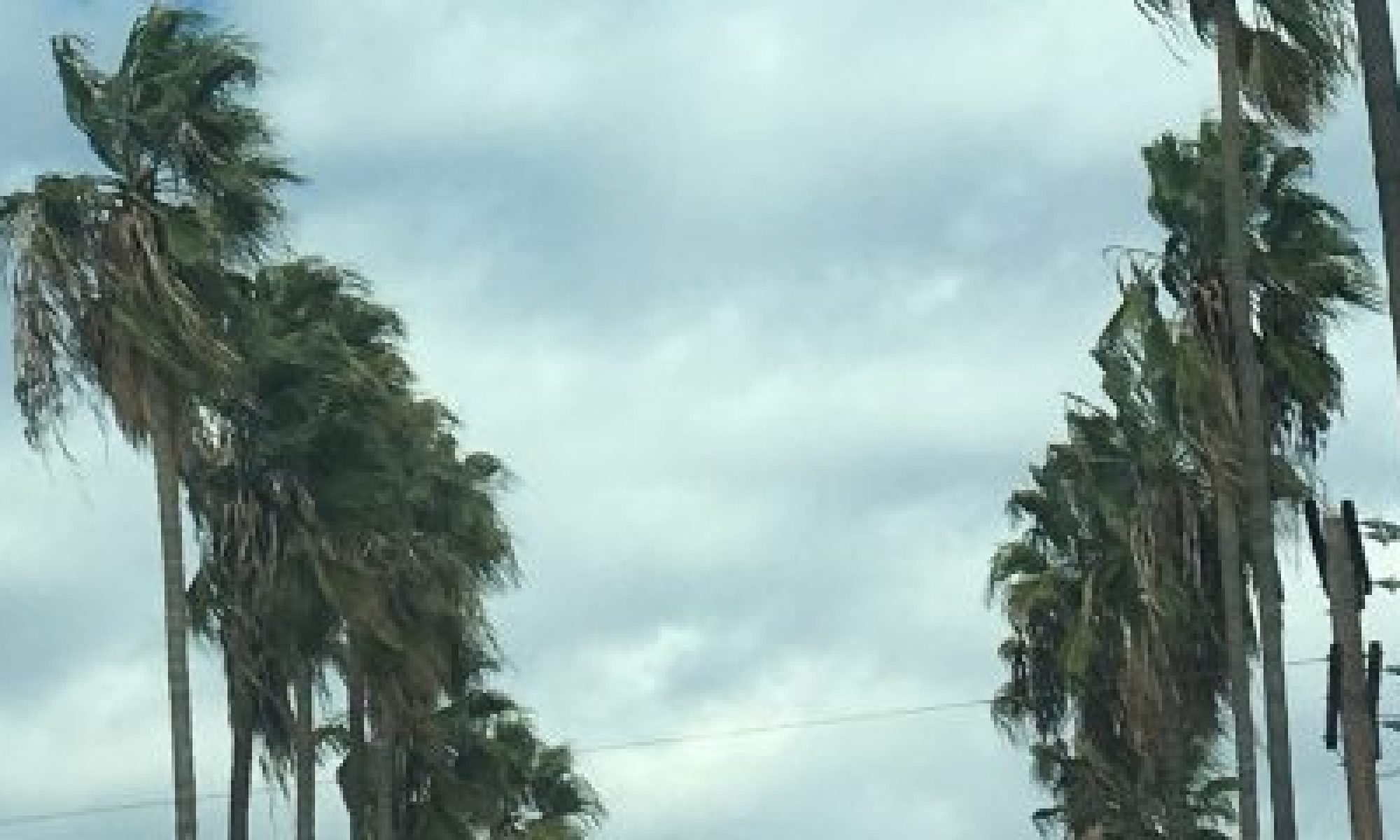 (LA -LA STATE OF MIND)—Hometown is a big place for me. Heck, I’m from Los Angeles. Ain’t nothin’ small about it. I live in the DC area now, but whenever I get homesick and am stuck between plane tickets, count on me looking for movies with those damn trees in the air.

But the Netflix series called On My Block dropped into my lap instead. And I let it stay awhile. The opening track by Daye Jack had me at hello.

On My Block immediately gave me the Friday feels—with a lado de la vida en South Central Los Angeles. And the first two minutes hooked me.

However, and this doesn’t happen often, nine minutes in, my thoughts degraded quick-fast. “This show is corny AF. What’s up with this dialogue. Ain’t no way these characters come up out the hood,” I scrunched my face.

T’was a fleeting thought, though. The storyline tugged me back in—conflicting feelings and all. Throughout the season, yes–I binged it, I kept checking myself for some of the words that were swirling around in my mind.

So how do I know what all hood kids sound like, how they talk? “What does it mean, linguistically, sonically to be a kid from the ‘hood or barrio? Do you have to talk a certain way? Sound a certain way? Act a certain way? Behave a certain way? “Hon, don’t even trip,” I thought. “First question can be complicated. Second, third, fourth and fifth—the answers are all—NO,” I told myself. “Besides, are you not a walking contradiction your own damn self?”

This story has the usual cast of characters in “neighborhood” TV or cinema: The smart hood/barrio girl, gangsta life guy—whether he wants to be or not, the sports guy whose parents want him to play football, and the smart guy with a long-range plan.

—Monse—is a biracial girl who doesn’t know her mother, and that is woven into the storyline. She’s also a writer and faithful friend who is willing to do without an organically bloomed romance so it won’t damage the crew’s foundation of friendship. Well, maybe not totally do without— she and her love interest tell all kinds of fibs to shield their affections for one another.
—Ruby—Ruben as he wants to be called now that they’re in high school. This kid is hasn’t had his growth spurt, it appears. He’s creative, an organizer, and even does taxes of some relatives of the neighborhood Cholos.
—Jamal—a brotha and budding football player (in his parent’s eyes). But the possibility of getting CTE scares him crapless. He’s also a curious investigator and finds an unlikely ally in Ruby’s grandmother to solve a neighborhood mystery.
—Cesar—is smart and kind. And struggles to remain loyal to his friends and family. That family loyalty tugs him in a direction where his skills can be of use…. While simultaneously stifling his chances to legally practice his smarts. Monse and Cesar also share a secret that Cesar to spilled to keep her safe, so he says. And Cesar’s family, like I said earlier, is all Choloed up on all sides. He even gets jumped into the family way of life early into the season. Cholo life is part of his family inheritance, and the most poignant line of the first episode is when he said “My family crest is a gang sign.”

Those are the main characters, but there’s also an On My Block version of Felicia. Except her name’s Jasmine and she isn’t a crackhead. She’s just an asthmatic who constantly hits the inhaler to try to keep up with her neighbors who keep trying to ditch her.

Then there’s Abuelita. ¡Dios mio! Okay, so one part of the storyline is Ruby’s quest to get his own room. He finally got it in the first episode after his brother left for college. But it’s always an out-of-reach goal. First he shared with Abuelita and her illuminated escena de Natividad. Then a girl whose parents got deported moved in. And Ruby was suddenly okay with sharing space with his peer. But his mom was like “Nope. You’re bunking with your twin siblings.”

That’s where Olivia enters the scene to provide the second girl in the crew and a slight complication for an already budding intra-squad romance that’s still leaving skid marks on the street because one person keeps trying to hit the breaks on that love.

This show is so corny at times. Just like teen life. Well—at least my teen life was corny. It was also funny, solemn, somber, and FULL of laughs. It takes a blended dramedic look at the individual and collective coming of age stories among a group of childhood friends with surprisingly cheesy humor and moments of surprising gravitas… and reminders that sometimes gangsta life can bring you to a potentially fatal crossroads with folks you’ve known all your life.

This show is highly recommended for that cheesy chuckle humor, surprising predictability coated with 10 inches of dramatic surprise and guttural laughs.

No, the characters hardly look or sound like they’ve stepped into or out of anyone’s hood. But as a person raised in the hood, I can testify with an organ and church tambourine—that when it comes to hood kids, things aren’t always what they seem. A book should never be judged by its cover. They may or may not speak the king’s English with the king’s accent, but who the EFF cares? This is America. There is no king here.

I’m not sure who is the intended audience for this show…but it seems to provide a wider scope of neighborhood kids who are indeed individuals. And this group of individual kids leans toward the nerdy persuasion. They’re not seeking to ascend the popularity stack. They just want to keep their squad intact.

You know, they kind of remind me of my hanging buddies from high school, where there was no rule on how we were supposed to talk, what slang we had to use. We just were. We also had some half-and-half diversity going on. We were a Black and Latino group of friends. Now that I think of it, between the five of us, we were half black, half Latino. Two Mexican-Americans, two African-Americans, and an Afro Latina. And we had good times.

I totally enjoy these corny-dialogue having, nerd-assed hoodlings who are in the hood, but not of the hood. But don’t get it twisted. They are well-versed in the ways, means and norms of how both Cholo and thug life work. Monse, Ruby, Jamal and Cesar don’t totally fit the stereotypical hood mold. And it’s a constant reminder that a lot of hoodlings don’t. (BTW, hoodlings is NOT meant in a disparaging way whatsoever.)

No spoilers—so the end is near

I really don’t want to give away any key points of this season, so I’ll just drop breadcrumbs…

The dialogue may be corny, but clever zingers include Jamal talking to Oscar and replying— “No Shit Cholock!” I had to rewind to make sure I heard what I heard.

One of the OG homies expressed a love for Sherlock Homles. Why? Because. Holmes, homes.

Episode 4: La Negrita Choo-Choo (I almost peed my pants over this one, but you’ll have to see it for yourself.)

One thing is disturbing to me. Depending on the individual’s experience, this might be real. The season opens and closes with gunshots… which always seem to punctuate dialogue in the wrong places. In this series, and in real life, those bullets can sometimes mean punctuating a life and leaving a fragment instead of a well-crafted sentence that develops into a beautiful story. Hopefully in this case it’s a comma, but season two should reveal whether it’s worthy of a Punchbowl Damn.

When I was looking for a relief for my homesickness, I only wanted the tall trees. Not Ghetto Birds and neighborhood lockdowns. But all in all, I pleasantly received more than I sought, so I do pleasantly and highly recommend On My Block—corny lines and all.