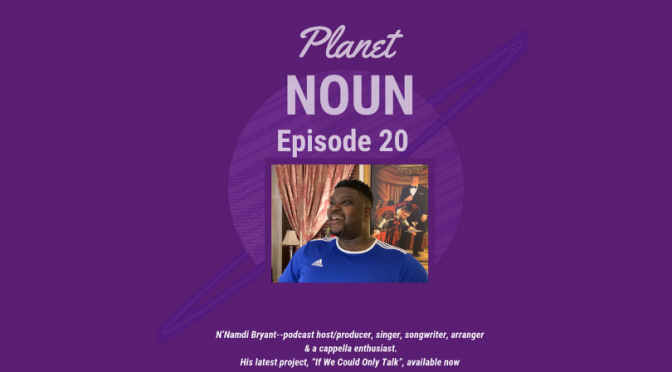 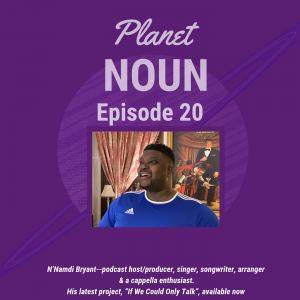 When you know what you do best, sticking to your guns—as singer-songwriter PJ Morton writes and sings—is how to get your life’s work done.

Today’s podcast guest is N’Namdi Olufemi Bryant, a singer-songwriter and host of the podcast “For the Love of A Cappella.” We get into some themes of his latest album during this episode. It’s titled “If We Could Only Talk.”

So N’Namdi and I had been talking about doing a podcast together for MONTHS, but as usual, life takes on its own plans. We were going to have him on before an album release earlier this year, then tech difficulties took over his project.

But the idea was still in both of our orbits. So—lookie here—I saw on Instagram that N’Namdi was in Washington, D.C. I said to myself—GIRL…..let’s make this happen! If you don’t ask him if he’ll have time for an interview—it’s an automatic no!

I asked if he had an time to chat. He said yes, and here it is! It all worked out.

So we met up at the Mansion on O Street. It’s a tourist destination located just off the bustling Dupont Circle, and has a fascinating trove of history tied to it. It’s also where N’Namdi sometimes performs.

There are so many themes to this podcast, and to preserve the integrity of the conversation flow, I tried not to do too much lifting and pasting of interview parts. We talk about negative self-talk, and what N’Namdi does to overcome that hurdle. Also—a discussion on imperfection and about the different ways he stretched his vocal range.

During our talk I learned some things I didn’t know in the decades since we last saw each other.

So let’s get right to the conversation, where we start talking about his podcast “For the Love of A Capella,”and where he got the idea for his program.

07:55-Why it took him more than 10 years to complete one particular song arrangement

11:05—The makings and stories behind his current project “If We Could Only Talk”

21:30—How Kermit the Frog came up in our conversation

31:51—The time we talked about skylines and smog

33:39—Homeless in Huntsville, Ala. and Nashville

That was N’Namdi Bryant…singer, songwriter, musical arranger…lover of a cappella! His new project “If We Could Only Talk” and his other albums are available on various online platforms–including iTunes.

Learn more about his projects on his website—The Acappellian.
You can also connect with him via social media:
Facebook
Instagram

Remember to also follow Planet Noun on Social Media, and to subscribe on your favorite podcast platform and please rate the show.

Thanks again for stopping by Planet Noun. Until next time, take care!

Amazon announced today that all current and new Prime Student members can subscribe for access to the premium tier Amazon Music Unlimited for an extra $0.99 a month. This comes just ahead of the new academic year as students are preparing to head to campus.

Students who subscribe to the add-on service will have ad-free access to more than 50 million on-demand songs and curated playlists, and be able to tell Alexa what to play via the Amazon Music App for iOS or Android, and all devices where Alexa’s digital spirit lives. 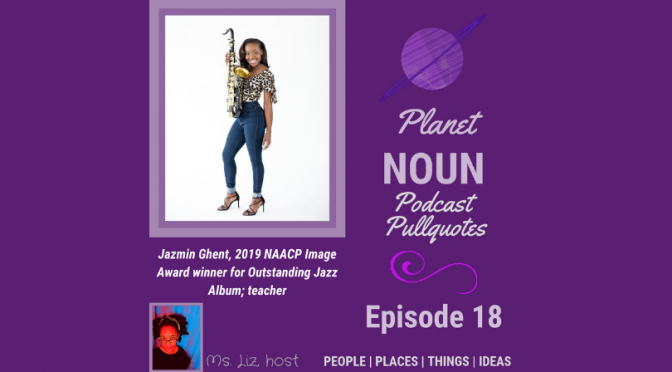 In this episode of Planet Noun, a chat with an up-and-coming…award-winning jazz musician Jazmin Ghent.

When she learned she won the 2019 NAACP Image Award for Outstanding Jazz Album, Ghent was in the midst of a trip to Australia.

“So I was absolutely shocked, so shocked, and I feel like it changed the dynamic of that whole trip in Australia. I just know it’s no one but God, and I’m beyond thankful, and I don’t take it lightly. You know, I’m representing women, African American women in music, in Jazz music, so I’m beyond thankful and grateful.”

When she’s not belting smooth tunes from her saxophone, she’s in the classroom teaching music to children in Polk County, Florida.

We talk about her pathway to jazz music, the saxophone, and how names and other language used with children can affect the trajectory of their lives.

She also talks about how words from musicians she looks up to helped guide her path.

“I did this Show Your Talent competition. The judges were Marcus Miller, Brian Culbertson and Boney James… It was surreal to be in front of these people I grew up listening to,” Ghent said.

“I was so nervous before I played, and Brian Culbertson came up to me and said ‘you know what, just have fun. And if you have fun, everyone else will have fun, too.’ That was the moment where I was like—maybe I could do this and record, and write and make this a career. That would be a defining moment.”

Ghent says she is on a constant path of self-improvement when it comes to her musical gifts.

“I feel like there’s this unattainable goal that I have for myself that I’m constantly working towards. I just know I had a love for music and it’s what I wanted to pursue. I can’t see myself doing anything else. So that’s what turned it into a career…”

Planet Noun is all about the People, Places, Things and Ideas that teach us, prompt us to make a difference and do more with what life presents. That’s exactly what Ghent is doing with her teaching and her music.

The Smithsonian’s National Museum of African Museum of History and Culture opened with lots of fanfare in September.

Tonight… a two-hour star-studded show to celebrate what the museum is about. A conversation about tonight’s show with Tasha Coleman, Senior Manager of Counsel Relations and Special Initiatives at the museum.

A preview of tonight’s extravaganza 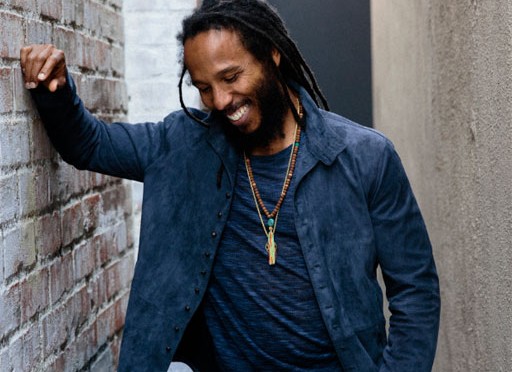 Afro-Lusophone Jazz! Listen to find out more about this sultry, soulful cousin of jazz and about Loide Jorge, the person who coined the name.

Read more about Loide at wtop.com 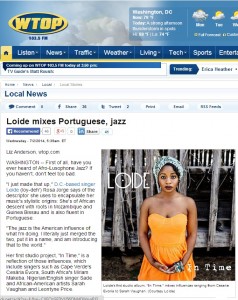