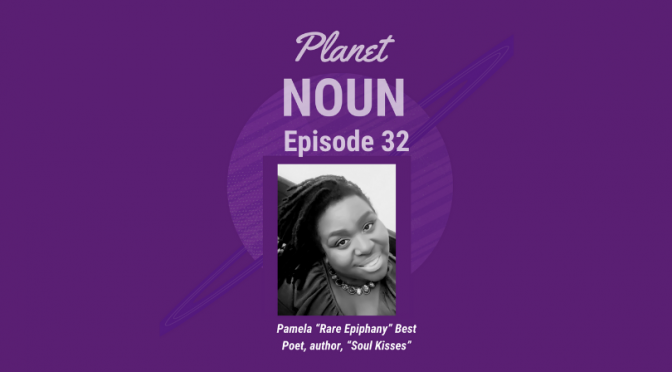 Sometimes you just need to talk it out with friends…to catch up, to listen, to process and share.  Welcome to this conversation with a longtime friend.  A fantastic friend with a beautiful mind—one who is a constant wonder, one who I admire, one who I am constantly learning from and inspired by.

Our relationship has often been symbiotic.  When we were in the same classes, she learned by teaching, and I learned by ingesting and we both learn by doing.

Welcome to Planet Noun, where it’s all about the people, places, things and ideas that teach us, prompt us to make a difference and do more with what life presents…

This time—we’re talking via Zoom.

So Rare and I talk about a range of things….starting with this COVID-19 pandemic that’s turned us all topsy turvy and how it’s affected her. We also get into how the never-ending soul and structural pandemic of racism in America hit close to home this year.

One tidbit of info I learned from my friend:  George Floyd was an extended family member of hers. She also tells me about the concerns she has for her teen son as he navigates through a world that isn’t always primed to see the best in him because of his skin color and, as he matures, his stature.

Let’s get to the conversation…on Planet Noun.

Thanks for listening to Planet Noun where it’s all about the people, places, things and ideas that teach us, prompt us to make a difference and do more with what life presents…

You’ve been listening to my friend Pamela “Rare Epiphany” Best….we Zoomed for about three hours that day…so more of our conversation could show up in later episodes.

Don’t forget to follow Planet Noun on Social Media… Facebook, Instagram and Twitter…We’re on SoundCloud…. Oh, and please stop by Apple Podcasts and rate the show!

Thanks again for stopping by… until next time, take care!